HomeWhat species of spiders live in Australia and are they venomous?

What species of spiders live in Australia and are they venomous?

Australia is one of the most naturally stunning locations in the entire world, but that’s not to say that it’s perfect. Just as all of the most delicious food is bad for you, apparently living in a tropical climate is not without its drawbacks. In fact, this glorious landscape is home to some of the deadliest animals and insects in the entire world.

From the Huntsman to the notorious Redback spider, Australia boasts some of the nastiest critters around – striking fear into people from all over.

In this article, we’re going to take you through the various species of spiders that live in Australia and just how dangerous they can be. Arachnophobes beware: this may get a little uncomfortable.

How many species of spider are there in Australia?

While only 4,000 species of spider in Australia have been identified and described, it is estimated that there are a total of around 10,000 different species of spider living in Australia. That is a nightmarish number to those who are afraid of spiders. But the fact is unless you are in the Australian outback with nothing but a sleeping bag, the likelihood of you encountering a spider is very low. Particularly in places like the Inner West, Sydney.

In addition to that, while there may be an excruciating amount of spider species in Australia, not all of them are venomous. In fact, there are only two spiders that you really need to worry about biting you, and they are the Sydney Funnel-Web Spider and the Redback. Even then, provided you seek immediate medical attention and the anti-venom is administered in time, you are likely to survive. 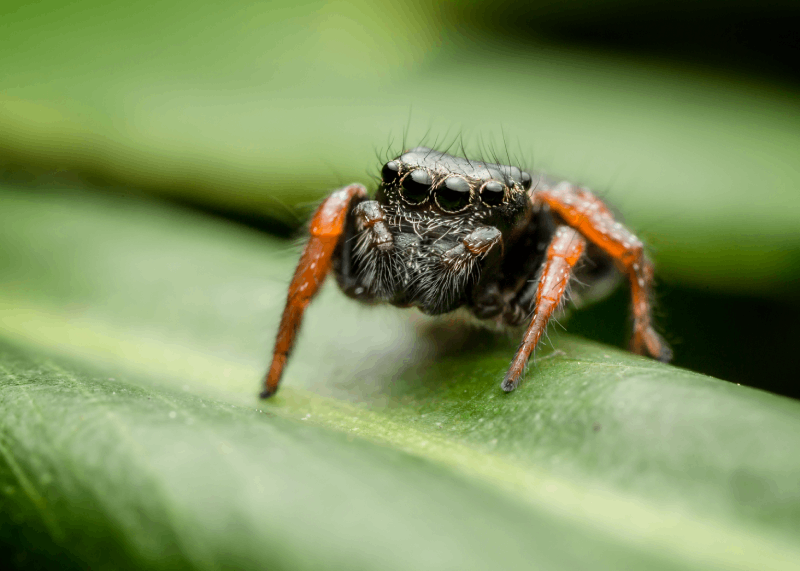 What are the chances of being bitten by a spider in Australia?

Provided you are careful and take every precaution (e.g., checking shoes before putting your bare feet in, etc.), you should be absolutely fine.

The 10 deadliest spiders in Australia

Again, while Australia has thousands and thousands of different spiders, there are only a few deadly ones. Here’s a look at 10 of the deadliest spiders in all of Australia: 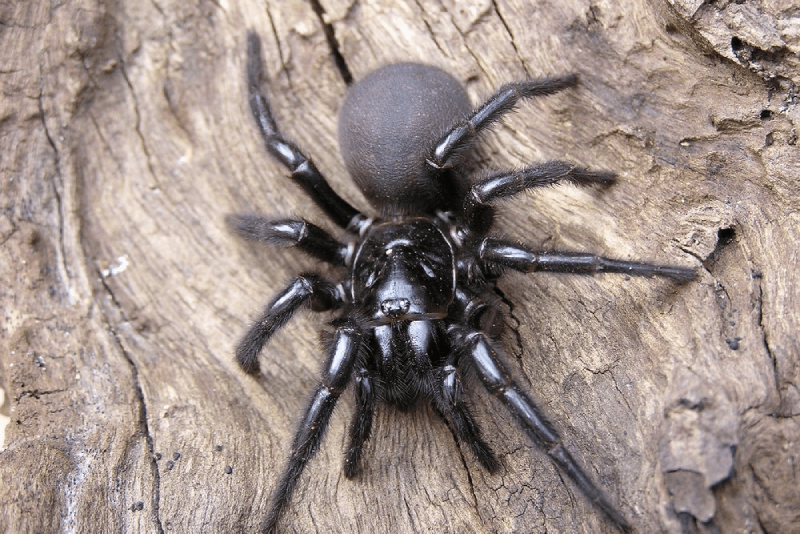 The notorious Sydney Funnel-Web Spider is the most venomous spider in Australia and among the most feared in the entire world. This spider is native to New South Wales in both the urban and forested areas.

It can grow anywhere from 1.5cm to 3.5cm in leg span. Certainly, it isn’t the largest spider, but its fangs can grow even larger than a brown snake’s. These nasty critters have a bite powerful enough to pierce your toenails.

If bitten by a male, their venom is so toxic that it can kill you. The venom assaults your nervous system and shuts down your organs, resulting in severe pain. Fortunately, an anti-venom exists! So if you are bitten and receive medical care as quickly as possible, you will make a full recovery! 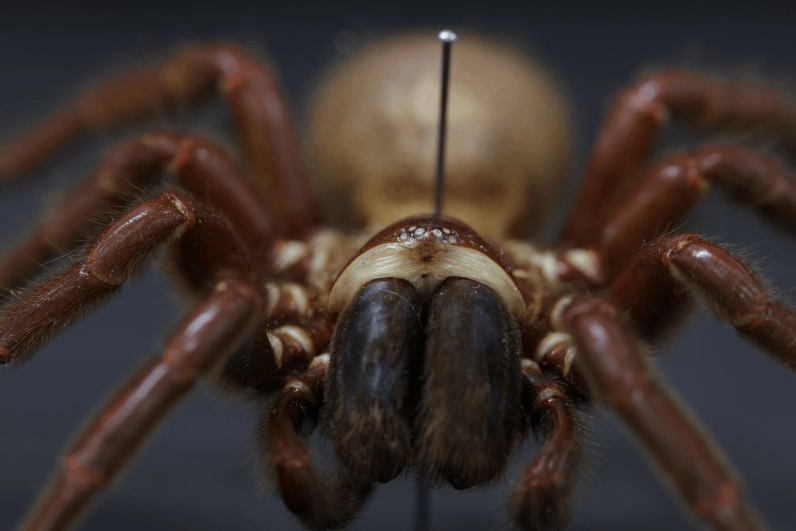 The Northern Tree Funnel-Web Spiders are incredibly dangerous, just like their Sydney cousins. These are typically found in Southern Queensland and Northern NSW. While they mostly attack insects and frogs, they will go for a human if feel threatened.

More than half of bites from these spiders are venomous, so you should always seek medical attention immediately.

The Redback spider is one of the most famous spiders in the world and is notorious throughout Australia. These are particularly frightening because they are attracted to urban areas. Because of dry and sheltered areas, they are commonly found in human dwellings. People often find them in cupboards, under toilet seats, and in shoes.

Redback spider bites are much more common, with some 2000-cased each year. However, again, there have been no recorded deaths for a long, long time. In fact, an effective anti-venom for Redback spider bites was developed in the 1950s. So, it’s been over 70 years since one of these critters has successfully killed anyone.

The Trap Door Spider is the fourth deadliest spider in Australia. This is an especially clever hunter because it camouflages itself near the entrance of its burrow in order to trick its prey.

The good news is that they only tend to grow up to 3cm in length, so you won’t be setting foot in any of their nests any time soon.

Their venom causes minor symptoms in humans. However, they can be very, very aggressive near their burrows, so be careful.

Mouse spiders may sound harmless, and they certainly aren’t the most venomous, but there are absolutely petrifying to look at.

Similar to the trap door spider, Mouse spiders are often found burrowing near waterways and in suburban gardens.

These aren’t the most aggressive spider. However, should you get bitten (most likely at night time), you should seek medical assistance immediately. 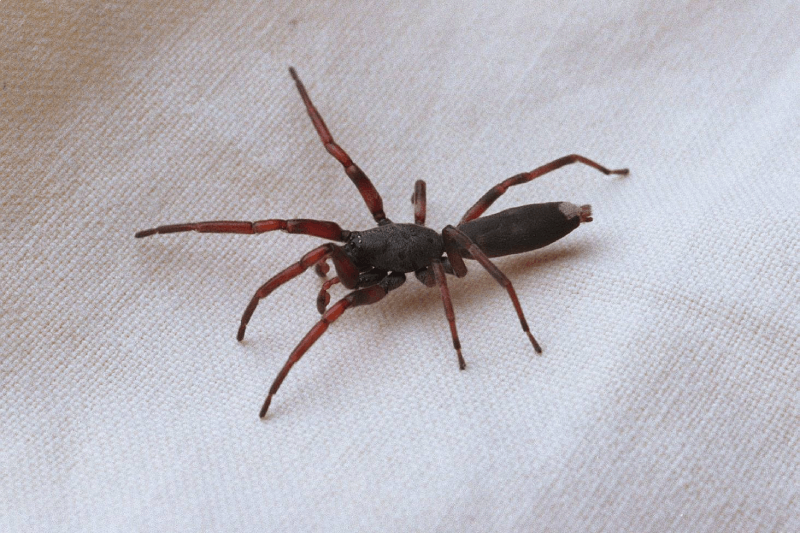 The White-Tailed spider is native to the South and East of Australia. These are rather dangerous, although they only cause mild pain in humans – you should still seek medical attention if bitten.

These spiders actively hunt during the night, going after other insects (and even other spiders). They do come into contact with human environments quite often, particularly during the nighttime. So, you must always shake out your shoes in the morning – just in case.

Tarantulas are the stuff of nightmares. The good news is though, as petrifying as they may be, Australian Tarantulas are not fatal to humans. Even, so, they can grow up to a whopping 16 cm in leg span, with fangs over 1 cm long!

These bites can be excruciatingly painful when they latch onto you, but they will rarely envenom you.

To make things even scarier, they are often referred to as ‘whistling’ or ‘barking’ spiders, as they make a strange sound when they rub their legs together. 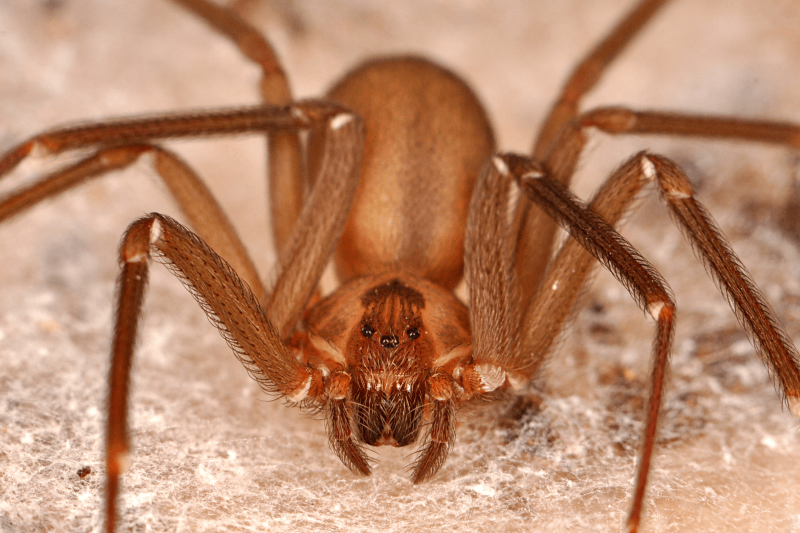 The Recluse spider has one of the deadliest bites on the list. It has venom that is haemotoxic, which essentially means that it goes after your blood cells. Thus their toxin is interfering with your body’s ability to clot blood.

The Recluse is native to Southern Australia and can grow up to 2 cm in length. Although they can cause severe injury when they bite, these are very, very unlikely to attack – with no reported cases in over 20 years. As it turns out, the name “the Recluse” is very apt!

This is arguably one of Australia’s most feared spiders and with good reason too. The fact is, these bad boys can grow up to 15 cm in leg span, and some of them reach a whopping 25 cm!

Despite their size, however, most Huntsman spiders retreat when they come into contact with humans, so bites are very rare.

In fact, the most dangerous thing about these spiders is the road accidents that they cause (due to falling on windshields and flopping down from sun visors.

The Garden Orb Weaver spider is without question, one of Australia’s most aggressive spiders. In fact, the majority of spider bites that occur each year come from these confrontational little buggers.

The good news is that their bites only tend to have minor effects and localised pain. This means you don’t need to worry too much.

These are common spiders, found all over Australia, most commonly in gardens, trees, and anywhere that is shaded throughout the day.

And that about sums it up! There are many nasty spiders in Australia, some of which have incredibly dangerous bites. However, fortunately, there have been no records of deaths in decades and treatment is available to you.

So, while they may be really scary and horrible to think about when you are lying in bed at night, you’re more likely to get in a road accident than you are to get bitten. Untightening your shoulder, you can relax when visiting Australia.

If you suspect that you have one of these species nesting in your home and you are concerned for your safety, contact your local spider pest control expert as soon as possible.